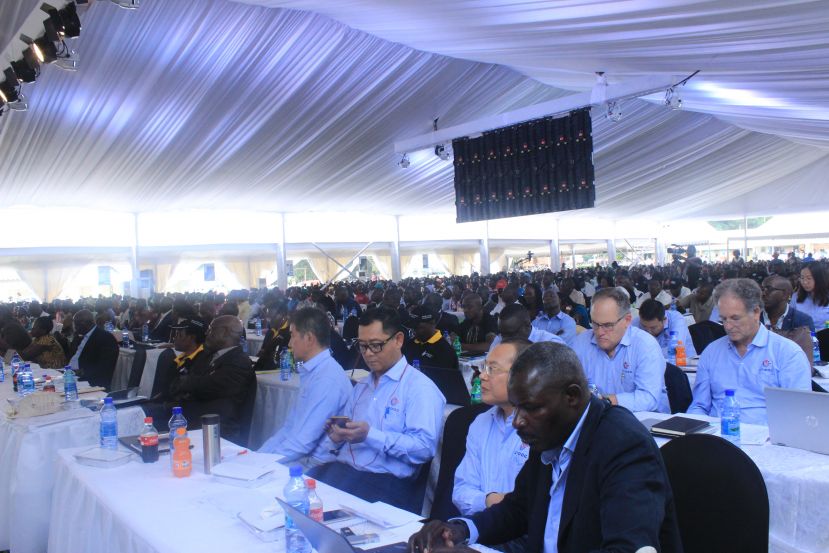 The Prime Minister of Bunyoro Kitara Kingdom, Andrew Byakutaga, has asked CNOOC Uganda to respect the norms, cultures and wellbeing of Bunyoro natives as they implement the Kingfisher Development Project and to do it in a way that uplifts the dignity and cultural heritage of the people in the area.

"Our cultural heritage like the tombs, historical sites, tourism spots, birds, animals must be protected. These have defined as the people of Bunyoro for hundreds of years. As much as we want this oil, we also want to preserve our Environment and culture" he said.

Byakutaga was speaking at Rwemisanga Primary School, Rwemisanga Parish, Kyangwali Subcounty in Kikuube District where the Petroleum Authority of Uganda held a Public Hearings for the Environment and Social Impact Assessment for the Kingfisher Development Project

The Executive Director of NEMA, Mr. Okurut Tom said the resolutions from the public hearing will affect the final decision on the award of the Environmental Impact Assessment certificate for the Kingfisher development project, which is necessary before oil production commences.

"Your views will determine whether CNOOC is awarded the certificate or not. Our role is to ensure that this oil is produced in a manner that uplifts the Environment and does not become hazardous to our lives but instead makes it better" he said.

Other stakeholders implored the project developers to ensure fair and adequate compensation for their land and to ensure that the host communities benefit from the jobs and opportunities to provide goods and services.

The Kingfisher Project Components that will be located in Kikuube and Hoima Districts include:

The public hearing was presided over by Professor Grace Bantebya Kyomuhendo from the School of Gender Studies at Makerere University. Members of Parliament on the Natural Resources Committee led by Hon. Keefa Kiwanuka are also present.

Another public hearing is will be held on Friday June 21st 2019 in Kaabale Parish, Buseruka sub-county, Hoima district to give the same opportunity in the area to discuss the report.