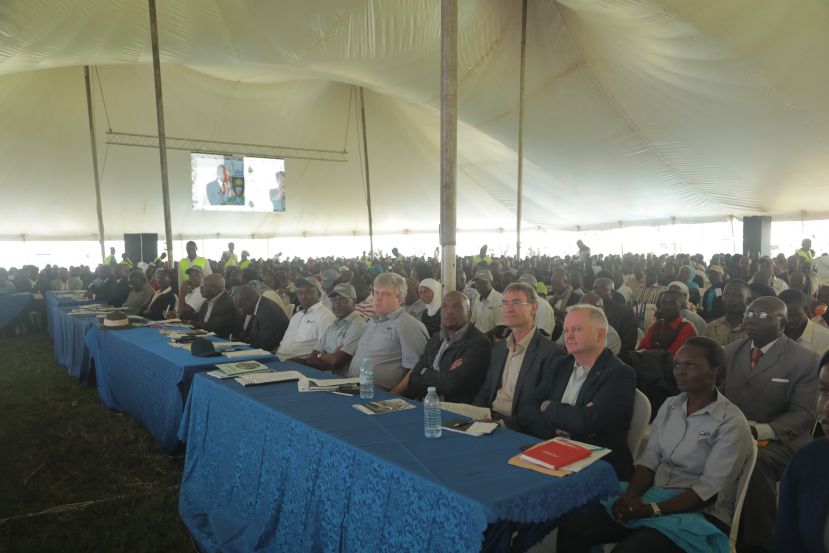 Officials from the Petroleum Authority Uganda (PAU) and Total East Africa Midstream B.V (TEAM B.V), the subsidiary arm of Total SA that will work on the East African Crude Export Pipeline (EACOP), reveal that they are working on the legal and commercial framework for the project to pave way for the Resettlement Action Plan (RAP) implementation process to commence.

“What is happening right now is that we are working with the government on the required Legal Framework for the EACOP project. How long it will take, I may not know but I can assure you we are very committed to this project and work will go on,” noted the CEO of TEAM B.V.

While Ali Ssekatawa, the Director Legal and Corporate Affairs at the PAU, said the legal and commercial framework for the project will pave way for the Resettlement Action Plan (RAP) implementation process to commence.

Both Marchenko and Ssekatawa were speaking to the media on the sidelines of the EACOP ESIA Public Hearing in Rakai. Marchenko retaliated the developers’ commitment to the development of the project and refuted claims that Total was grounding work in the region.

Muhairwe Jordan Walter, the CEO of Action for Environment Uganda cautioned Total East Africa Midstream B.V that the organization was watching keenly to ensure that the environment is safely guarded.

“Consider working with the civil organizations to restore the vegetation that will be lost during the construction of the pipeline,” Muhairwe said.

The Uganda Poverty and Conversation Learning Group urged the developer to widen the scope of biodiversity while considering the mitigation measures.

Twebaze Paul, the representative of the Civil Society Coalition on oil and gas asked the developer to indicate the sources and volumes of water for use in hydro testing the pipeline in the report. He cautioned against the generalizations of climate data for all the districts.

2,124 stakeholders from Mubende, Ssembabule, Kyankwanzi and Gomba districts attended the public hearing at Kasana grounds in Mubende District while 1,200 attended the Rakai Public Hearing that attracted Stakeholders from Rakai, Kyotera and Lwengo districts.  The EACOP forms part of the wider oil and gas development projects in Uganda.

Ernest Rubondo, the Executive Director of the PAU said that the purpose of these public hearings is to ensure that the stakeholders from the ten (10) districts where the pipeline will traverse in Uganda and the general public verify the accuracy of the report.

Dr Tom Okurut, the Executive Director of NEMA assured the PAPs and other stakeholders that all feedback on the report will be reviewed to guide the decision on the approval of the report. “NEMA’s mission is to promote sustainable development with balanced social, economic and environmental well-being.”