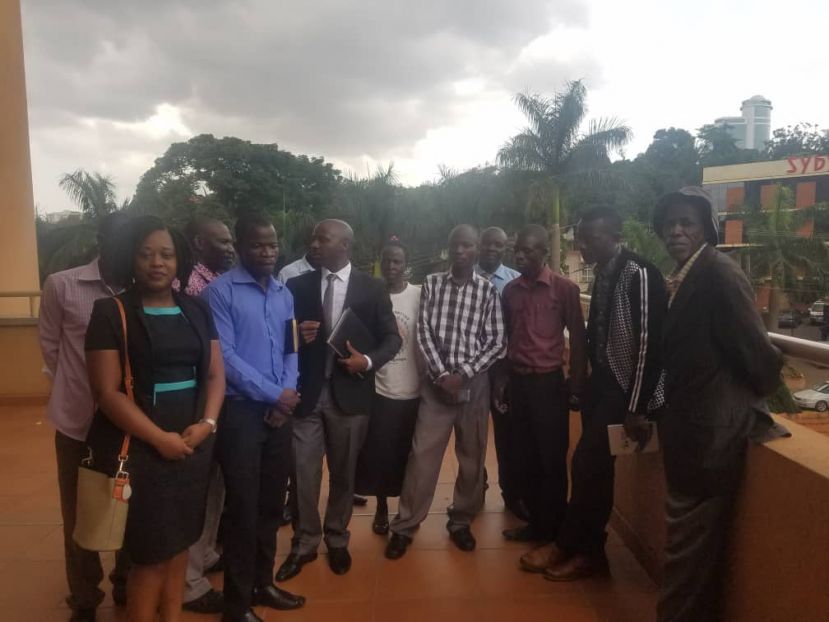 Tomorrow on Friday, February 21, 2020, the oil refinery-affected people will appear in court for hearing of their case against the government. The case hearing will take place at the Kampala High Court.

The oil refinery-affected people filed the court case against the government in March 2014 following government failure to pay them prompt, fair and adequate compensation while acquiring their land beginning in 2012 for an oil refinery that will be located in Kabaale, Hoima.

The above failure by the government constituted a violation of Article 26 of the 1995 Uganda Constitution which provides for the prompt payment of fair and adequate compensation before government compulsorily acquires citizens’ private property.

At the case hearing tomorrow, two refinery-affected government will be cross-examined in the morning and afternoon by the government’s lawyer.

“Court heard our prayer and agreed to fast track hearing of the people’s case. This is why the case will be heard both in the morning and in the afternoon. We are happy that the court committed to hear the case at a faster pace. The refinery-affected people filed their case in March 2014 before some of them were compensated by the government. They had hoped that court would expeditiously decide their case to compel the government to pay them adequate compensation before the compensation process was concluded.

However, by 2018 when all the refinery-affected people who are party to the suit had been compensated, court had failed to conclude the people’s case.

This was unfortunate and a miscarriage of justice. We hope that the people will finally get justice when the case is concluded and the judge orders for payment of adequate compensation for them,” Mr. Dickens Kamugisha, the CEO of Africa Institute for Energy Governance (AFIEGO) says.

“Travelling to Kampala has been especially hard for women. They have to leave their children and homes in the care of others when they come for the case hearings. It is good that the court is trying to end the people’s suffering especially that of women by hearing their case at a faster rate.

We hope that the judge will stick to her commitment and the case will be concluded this year,” Ms. Doreen Namara, AFIEGO’s Legal Assistant, says.

During the last case hearing on September 23, 2019, the presiding judge, Lady Justice Cornelia Sabitti, committed to concluding the refinery-affected people’s case by March 2020.

Mr. Innocent Tumwebaze, the chairperson of the Oil Refinery Residents’ Association (ORRA), notes: “Our case is not only meant for our benefit. It is also for the benefit of other project-affected persons [PAPs]. We want the court to rule on matters that are also important for communities that have been affected by the Tilenga, Kingfisher, East African Crude Oil Pipeline [EACOP] and other oil projects.”

Among others, the refinery-affected people want the court to: