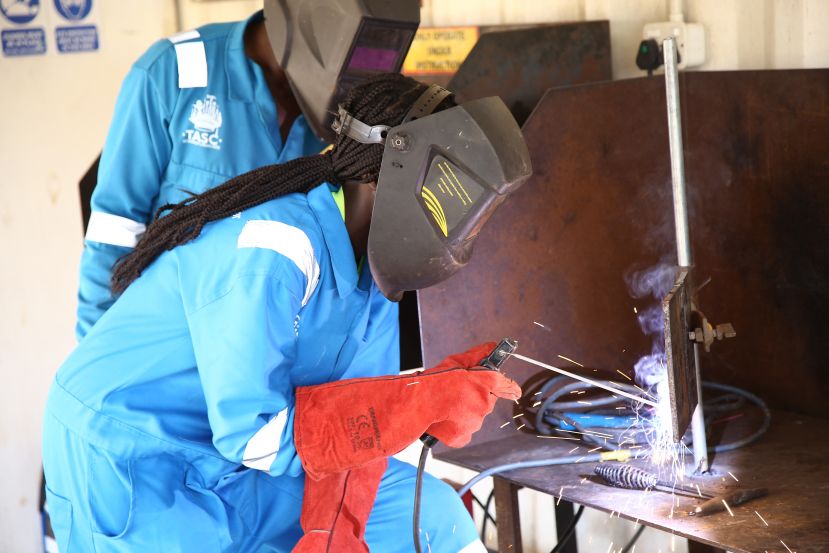 COURTESY PHOTO While many women have trained and acquiredd skills like welding, oil companies have excluded them when it comes to employmnet opportunitiies.

Women in Bunyoro sub-region are lamenting that they have been excluded from accessing the country’s oil and gas opportunities.

They claim that although the government and other stakeholders have been engaging different people on how to benefit from oil, little efforts are in place to help women.

Dez also revealed that while different people have been trained by oil companies and given skills, women haven’t been involved.

Also, many women were not and aren’t being compensated during the RAP implementation in the oil refinery area.

The aggrieved women expressed their concerns during an oil and gas engagement organized by ActionAid and Bapeneco in Hoima town.

Fred Kakoraki, the Hoima District LC 5 vice-chairperson, however, commended the women for coming out to air their concerns.

He advised them to not only consider the direct oil and gas benefits but also involve in other activities as service providers.

Robert Rukahemura, the personal secretary of the Bunyoro Kitara Kingdom prime minister said that Banyoro can’t stop lamenting until there are better off.

Caroline Nakajubi from ActionAid says it’s high time to stop lamenting and have in place a complete action plan.

More in this category: « AfDB, Uganda Sign $500,000 Grant For MSMEs Petroleum Sector Capacity Development At Least Shs25m Has Been Given Out To Students From Hoima, Kikuube »