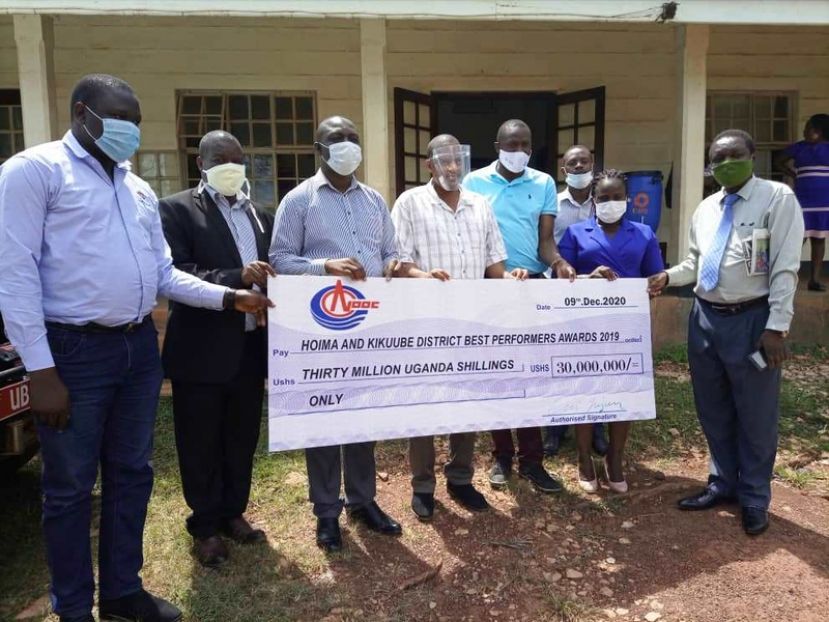 At least Shs25m has been given out to students from Hoima and Kikuube districts who excelled in last year’s national examinations. The money was given out by China National Offshore Oil Corporation (CNOOC) Uganda, one of the companies involved in the exploration of oil in the Albertine Graben.

The funding will go to 120 pupils and students from the two districts selected by the offices of the District Education Officers based on the Uganda National Examinations Board-UNEB results released early this year.

This is part of a prize codenamed the CNOOC Best Performers Award, introduced in 2012 to primarily encourage better performance in Hoima and Kikuube districts. The beneficiaries of the funding received the awards at a function held at Sir Tito Winyi Primary school in Kizirafumbi Sub County, Kikuube district today.

CNOOC corporate affairs personnel Ronnet Barugahara says 100 best performers have been awarded of which 60 are from Hoima with each receiving Sh250,000 at a scientific function held at schools of the best performers.

She said CNOOC is committed to improving the Education standards and building a cordial relationship with the communities in the Albertine Graben. The fund has so far reached out to 520 students.