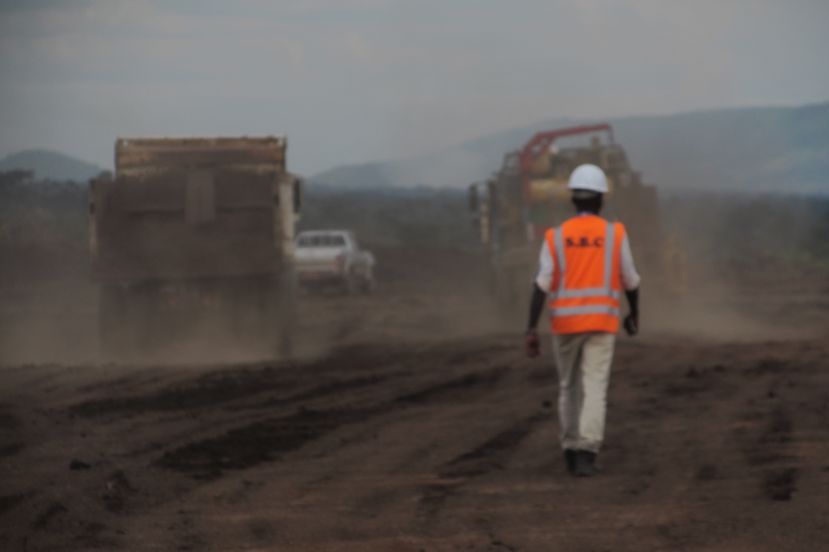 Construction works for Hoima International Airport in Kabaale sub-county, Hoima district stands at 56 percent and the airport is expected to be completed by February 2023.

Based in a remote region close to Lake Albert, some four hours from Uganda's capital Kampala, the creation of Hoima International Airport is crucial to the development of a sustainable oil industry in Uganda.

The construction works kicked off in April 2018 after government acquired a loan of US $309 million (about Shillings 1.1 trillion) from Standard Chartered Bank and UK Export Finance for the first phase of the project.

The construction works currently stand at 45%

Amos Muriisa the project Public Relations Officer says the project progress would be at 59% but they were interrupted by COVID-19 Pandemic.

He says that so far 3.5 kilometers runway is almost complete with 90% works complete and they expect by the end of this year air cargo will be landing on the airport to deliver oil refinery materials.

The donation is worth over Sh50m.

Speaking during the handover, Amos Murisa the SBC spokesperson says the donation was made after a needs assessment by the stakeholders.

He noted that the donation was part of their corporate social responsibility (CSR) aimed at promoting education and strengthening of their relationship with the locals in their area of operations.

The Hoima district education officer Godfrey Sserwajja commended the company for the donation adding he is optimistic that it will improve on the performance of the school.

He challenged the school’s management to properly use the computer and provide security to savage them from being stolen .

JosamTumwebaze, the Hoima RDC commended SBC for complementing government efforts in promoting education standards and called on the public to own government oil related projects being implemented in the area because they are the main beneficiaries.

Some of the children of Kigaga primary appreciated who were at school especially the candidates appreciated to SBC saying that ,they have never seen the computers but they are happy .