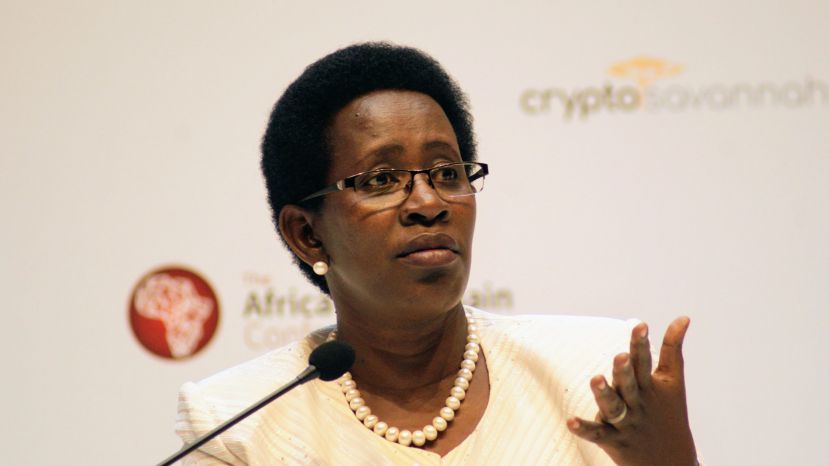 Dr Diana Atwine, the Permanent Secretary for Ministry of Health

The Ministry of Health has partnered with Bunyoro Kitara Kingdom in promoting disease prevention and health promotion in Bunyoro region.

The three-year partnership was recently signed at Hoima Resort Hotel by Dr Diana Atwine, the Permanent Secretary for Ministry of Health on behalf of the government and Andrew Byakutaga, the Bunyoro Kitara Kingdom Prime Minister on behalf of the kingdom.

Officiated by Robinah Nabanja, the Minister for Health General Duties challenged the cultural leaders in Bunyoro to use any platform like social events among others to sensitize the Kingdom subjects to embrace good feeding, health exercises and seeking treatment from health facilities in their vicinities.

Nabanja observed that the country is witnessing a surge in lifestyle illness like pressure, diabetes, cancer which needs to be tackled from the diet at home.

Andrew Byakutaga, the Kingdom Prime Minister however commended the ministry of the partnership saying Bunyoro is still facing a number of health challenges citing limited staffing in health facilities, limited health facilities, and drug stock out, poor mindset among others.

Meanwhile, Diana Atwine, the Permanent Secretary in the Ministry of Health observed that Bunyoro region disease burden remains high. She said it was time to use cultural institution because some issues related to social behaviour which have attachment with cultural norms.