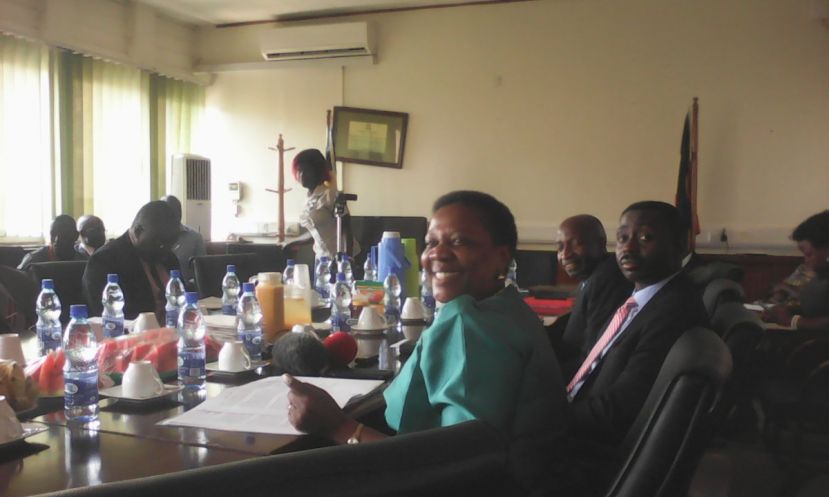 Officials from Uganda’s Ministry of Energy and Mineral Development together with their counterparts from the Ministry of Energy and Minerals in Tanzania launched the Front-End Engineering Design (FEED) study for the East African Crude Oil Pipeline (EACOP) in Kampala on Monday morning. At 1445km, the East African Crude Oil Pipeline will be world’s electronically heated crude export pipeline.

Uganda’s energy minister Irene Muloni said the study which commences now will take eight months to complete and will cost a whooping $11.5m. The study will look at a number of issues from an engineering perspective in order to come up with a pipeline worth the money.

Among the issues that will be addressed include the nature of soil, environment and water bodies among others. The two governments have assembled tens of local and international engineers to do the job. The findings of the study according to the ministers will inform them on what the final costs of the pipeline construction will be. The cost of the 1445km pipeline is currently estimated to be $3.5bn.

“We as partners agreed that we need to fast track these (oil) projects so as to achieve our goal of starting production in 2020,” Muloni said at the launch of the study in reference to the importance and urgency of the East African Crude Oil Pipeline. “We need to fast track this pipeline project in order to be able to sell our oil outside Uganda.” She added.

She revealed that apart from the FEED study for the pipeline, Uganda will also be carrying out environment assessment, land compensation and other activities in order for all pipeline related activities to sync. Uganda is also working on a refinery in Hoima to add value to the country’s natural resource.

Sospeter Muhongo, the energy minister of Tanzania, was not impressed with the speed at which things in Uganda are moving. ‘We have taken a few steps towards implementation of the project but I am not happy with the speed in Uganda. This (FEED study) was supposed to be done in November last year. Let me hope the contractor will speed up work.” He said.

Banking on Tanzania expertise gained over the years of setting up similar pipelines, Muhongo said in Tanzania, Uganda has the right partner. Giving examples of the numerous multibillion pipelines Tanzania has laid down, Muhongo said: ”This should give you comfort that you are working with a country that has experience.|