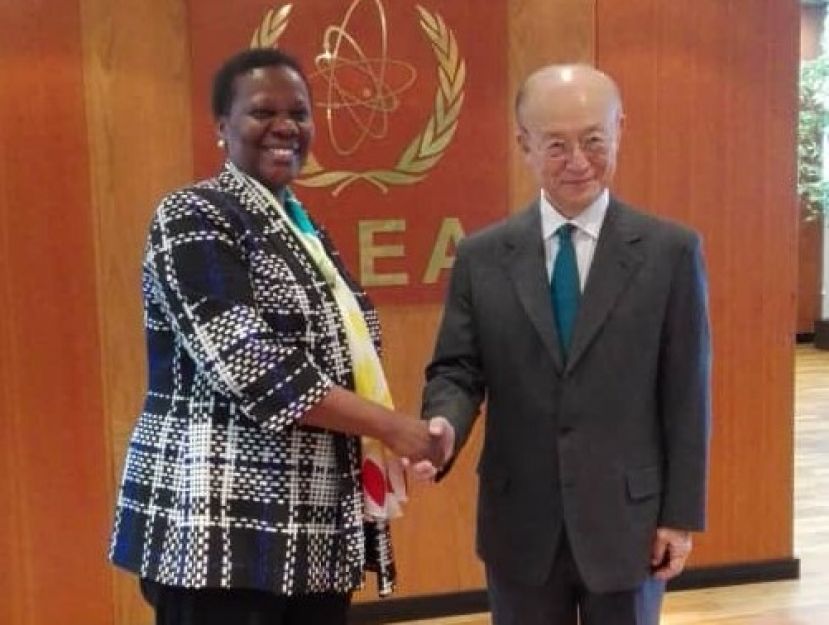 The Minister of Energy and Mineral Development, Eng. Irene Muloni, has expressed utter shock at the news that the Director General of the International Atomic Energy Agency (IAEA), Yukiya Amano, had passed on.

“I’m really very shocked! It’s a pity that we have lost a very great committed man. He was very instrumental in helping us as a country to bring in the cobalt 60 Cancer Treatment Machine and seeing Uganda realise its full potential of using nuclear energy for peaceful purposes,” said Muloni.

Ms. Sarah Nafuna, the Head Nuclear Unit at the Ministry of Energy and the National Liaison officer to the IAEA also expressed her sincere regrets at the death of the Director General.

“We shall miss our DG (Director General of IAEA). His support to the development of Uganda’s Nuclear Power Project for peaceful purposes and acquiring the Cancer Treatment Machine at Uganda Cancer Institute was very key to our country. He even attended its commissioning,” recalled Nafuna.

Amano met the president early in January 2018 ahead of the commissioning of the Cobalt 60 cancer machine at Uganda Cancer Institute, Mulago. At the meeting at State House, President Yoweri Museveni stressed the importance of peaceful use of nuclear both in resolving Africa’s energy needs and on health matters.