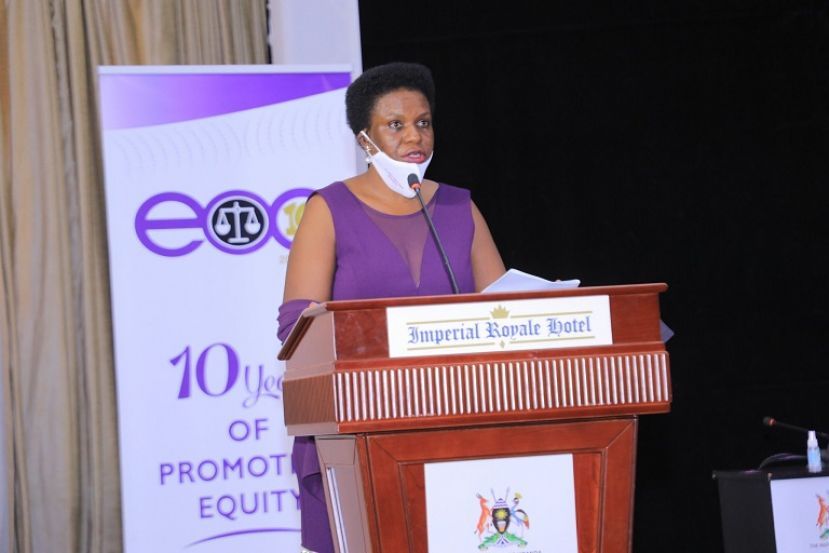 The Permanent Secretary in the Ministry of Gender, Labour and Social Development, Aggrey Kibenge has ordered the chairperson of the Equal Opportunities Commission Sylvia Nabantazi Muwebwa and other senior staff to handover office, official documents and assets in their possession to the Under Secretary/Finance and Administration, Equal Opportunities Commission following the expiry of their office tenure. 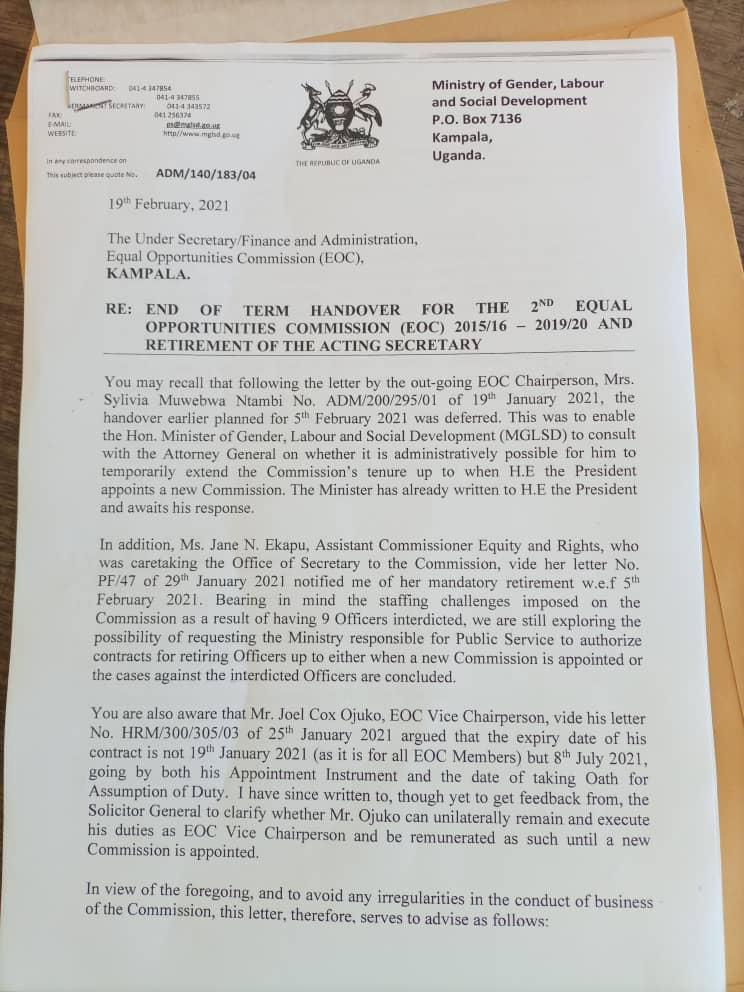 The employment contract of Nabantazi and others at the commission expired on January 19 and efforts to have the appointing authority, President Yoweri Museveni, renew it have been futile. This has got te PS to write to the Solicitor General for advice; no response has been received. This has left the PS with no option but to ask the affected individuals led by their chairperson Nabatanzi to handover the office.

Nabatanzi tenure at the EOC came to the end amid corruption and abuse of office charges. Sylvia Muwebwa Ntambi and nine others were charged for abuse of office following a complaint to President Yoweri Museveni by a whistleblower calling for his intervention. According to a petition dated May 22, 2019, the whistleblower accused her of causing financial loss of over Shs200m through termination of workers contracts and forcing workers to resign and replace them with her relatives and friends. 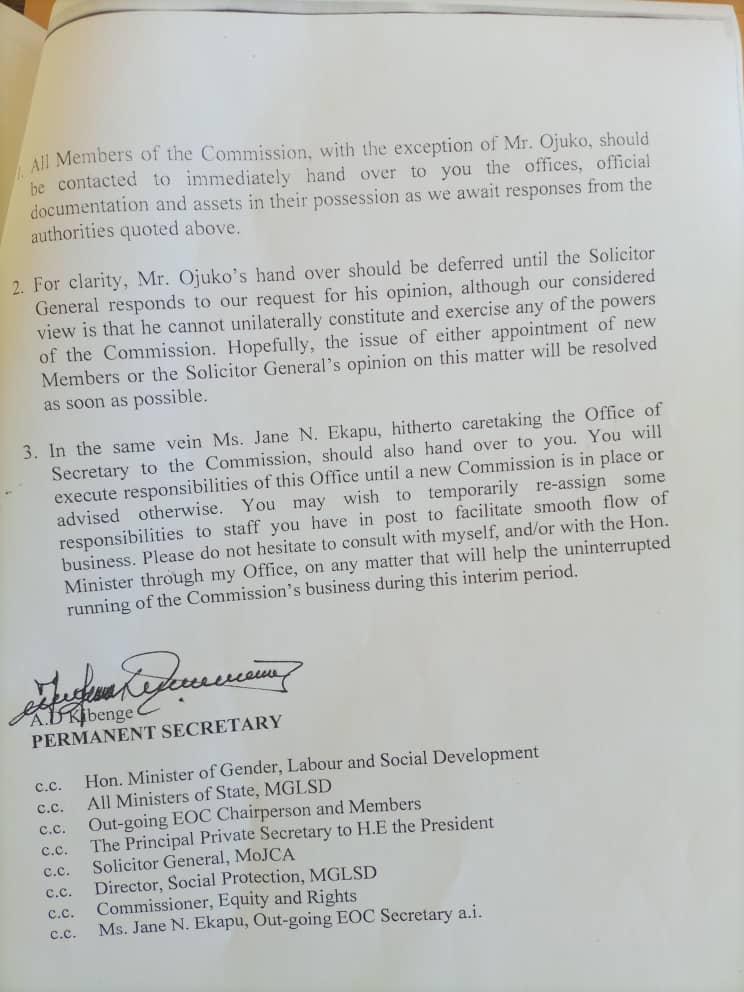 Since she took over the chairperson-ship of the commission, the whistleblower said Nabatanzi has unfairly dismissed over 11 staff, terminated over 10 staff contracts, and four contracts have not been renewed. In 2017/ 2018, the Auditor General advised the commission to employ people on permanent contracts however the chairperson declined and this has since led to financial losses.  However, the Director of Public Prosecution recently dropped all the charges brought against her.

More in this category: « Personal Sacrifice, Commitment, The Traits You Need To Achieve Saving Goals MPs Insist Governor, Deputy Governor Shouldn’t Be On BoU Board »