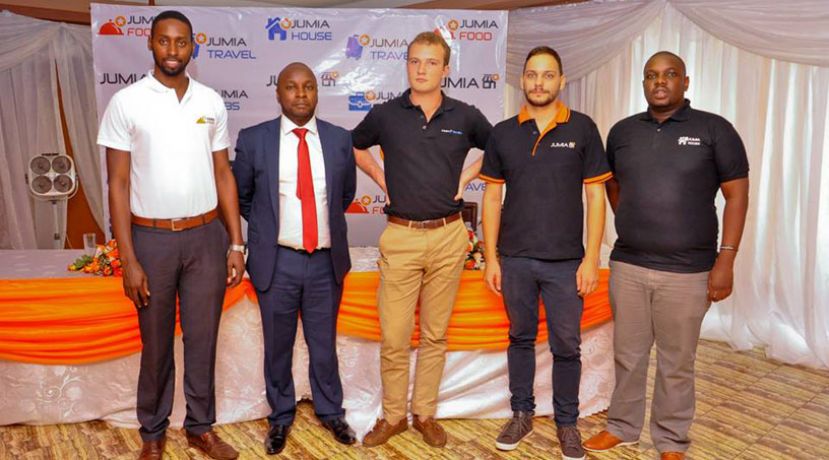 COURTESY PHOTO The team that runs Jumia businesses in Uganda

Jumia Group has been named as the only Africa-focused company to make the World's Top 50 Smartest Companies list (2016), published by the Massachusetts Institute of Technology (MIT). The announcement comes shortly after Jumia Group (formerly known as Africa Internet Group) earned the impressive title of ‘Africa’s First Unicorn’.

“Jumia Group is proud to be on this list, as it is great testimony to our relentless efforts in tapping into, and bringing to full the potential in Africa’s digital market” said Sacha Poignonnec, co-founder of the company. “We are committed to filling the gaps in this massively growing economy through technology; we believe that for every challenge encountered therein lies an opportunity”.

Ranked at number 47, Jumia joins an exclusive list of iconic companies including: Microsoft; Facebook; Chinese eCommerce giant Alibaba; and the world's leading automobile manufacturer Toyota. "This list draws a lot of attention to what new age companies are doing to capitalise on the digital possibilities brought forth by the Internet. We chose to focus on Africa as the leading digital frontier," Paul Midy, the CEO for Jumia Travel said.

Jumia aims to create a connected digital Africa to improve people’s lives on the continent, thanks to the Internet. Jumia’s mission is to connect African consumers and entrepreneurs to do better business together. Founded in 2012, with a presence all over Africa, the group has MTN, Rocket Internet, Millicom, Orange and Axa as investors. Jumia has created a sustainable ecosystem of digital services, namedly: Jumia, Jumia Market, Jumia Travel, Jumia Food, Jumia Deals, Jumia House, Jumia Jobs, Jumia Car, Jumia Services.

More in this category: « Uganda To Celebrate Culture At Kampala Fair Getting Acquainted With Nairobi »