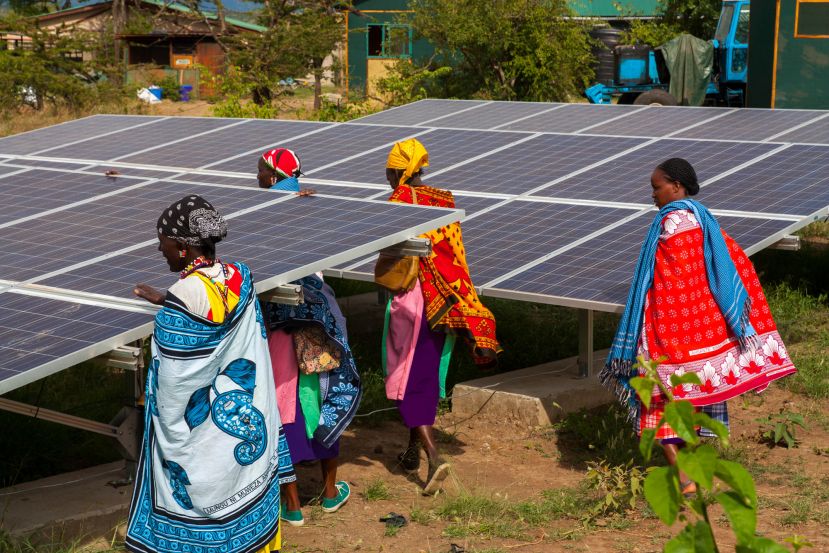 Women in Uganda are excessively responsible for household duties like fetching firewood for heating, lighting and cooking. Most women, particularly those in rural areas, depend on natural resources. However, because of climate change challenges such as drought, deforestation and unreliable rainfall, these women are unable to access the natural resources. In fact most of the households still depend on kerosene as a source of lighting. This source of energy imposes health implications, respiratory problems and contains hydrocarbons that contribute to global greenhouse gas emissions in the atmosphere causing global warming.

Although the energy sector has progressively improved, there is still an energy crisis. A significantly small percentage of renewable energy can be reported. World Bank's global tracking framework report indicates that renewable energy accounted for only 18 percent of the global energy mix in 2015. The World Bank further stated that 1.2 billion people globally had no access to electricity while 2.8 billion people rely on wood or other biomass for cooking and heating their homes. Fundamentally, 80 percent of this population is said to live in sub Saharan Africa in which Uganda is inclusive.

Therefore, educating these women and supporting them establish solar power plants in their homes will enable uninterrupted lighting, heating and cooking. Poultry farming is a common venture among women. It would be expanded and strengthened when there is reliable supply of power. Solar energy would enable women undertake the activity successfully because it is renewable, clean and sustainable at the same time used for lighting, cooking and heating.

And while it is clear that women can influence a drastic shift to renewable energy, it is important to consider them as equal partners in climate change decision-making processes. Information is power. The more the women who understand the causes and effects of climate change, the higher the chances of developing mitigation and adaptation measures. In fact, women face the consequences of climate change more than men do. Lack of energy impinges women's freedom. In order to attain this freedom, women can actively engage in advocating for cleaner energy since they always want the best for their families. They will be willing to forego activities that deplete natural sources in order to preserve for future generations because they are better in upholding sustainable resource utilization.

Nevertheless, government should further consider women as agents of change and also be considered to participate in all stages of strategizing and executing energy development prospects especially renewable energy because without access to modern energy, women and girls spend most of their time in basic subsistence tasks that are time-consuming and physically draining. Clean cooking solutions is the first step towards women’s empowerment and reduces in-house air pollution, improves health and saves time. Solar lanterns and solar panels should be available in rural areas because people can satisfactorily watch television, listen to radios charging mobile phones and torches.

More in this category: « A More Integrative Approach Needed To Realize SDGs Agenda In Uganda Government Told To Sensitise Communities On EACOP Risks »