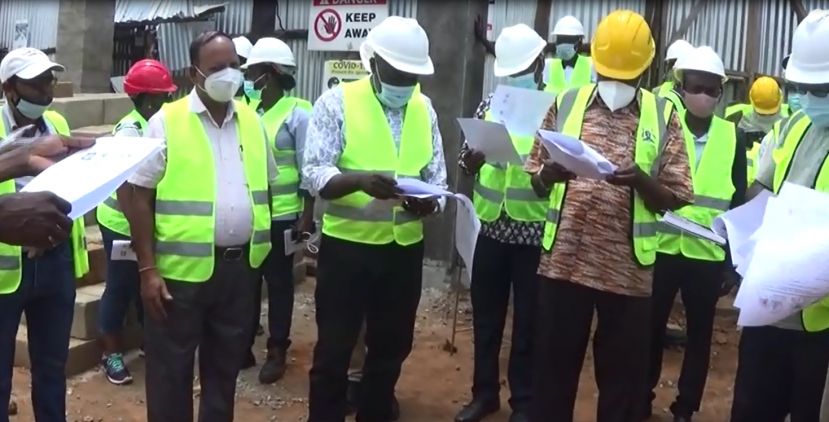 The three modern oil industry-support-modern markets under construction in Hoima, Buliisa and Kikuube districts will be complete for handover to government on December 8, this year.

This was revealed by the project contractor, Techno Three Contractors, during an inspection visit made by State Minister for Urban Development, Mr Kania Obiga.

Eng. Robert Kakiiza, the Contract Manager said that the project was 75 per cent complete despite challenges encountered along the way including skilled labour shortage in the communities and access to some materials from far away in Kampala.

In his inspection, the Minister held abrupt interactions with the project beneficiary communities on the roadsides to test their impression.

On the question of land security, the minister was requested to look into taking affirmative action to ensure that the local people can acquire land titles and be assured of land security for development.

The modern markets and roads are expected to help the communities to benefit from the oil industry through providing market to mainly agricultural products as long as they will embrace strategic production.

While speaking to the press at Kabaale Market, Mr Obiga urged the Albertine region dwellers especially agriculturalists to scale up production of goods in order to benefit from the huge market coming along with the multi-billion dollar investment ahead of oil production.

He directed the respective district leaders to work with the contractor to address issues raised by communities including access roads and drainage channels’ completion before the roads are officially handed over to government.

The minister expressed dismay over reports that district land boards have corruption tendencies that are facilitating land grabbing and delayed acquisition of land titles by the ordinary people.

“The district councils should recommend to us to dismiss corrupt civil servants with immediate effect because they are in office to serve the public without segregation”, said Mr Obiga.