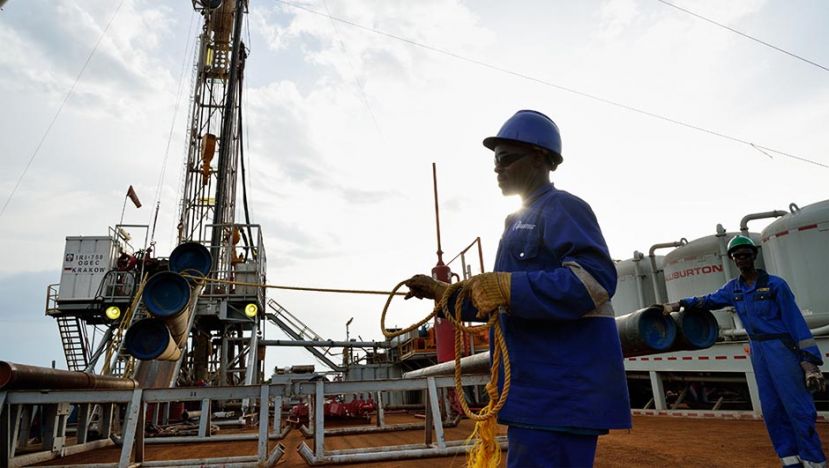 During the 7th Annual Oil and Gas Convention which took place on July 4, 2021, Mr David Mparuta, the Absa Bank head of enterprise and suppliers' chain development, corporate, and investment banking, said the bank is ready to provide financial support to investors in the oil and gas sector.

Also, Stanbic Bank, a member of Standard Bank Group, said it can offer up $70 million to a single company investing in the oil and gas sector in Uganda.

Other financial institutions including China's ICBC and Japan's SMBC have also shown interest in helping oil companies to secure over $2.5 billion project loan required for the construction of the East African Crude Oil Pipeline (EACOP).

Unfortunately, in April 2021, Ugandan and Tanzanian government officials signed final agreements with the French oil multinational TotalEnergies and China National Offshore Oil Corporation (CNOOC) to extract about 1.7 billion barrels of oil from a 425-square-mile drilling zone that is located in the national park and below a UNESCO wetland.

Also, over 2,000 square kilometres of protected wildlife habitats will also be negatively impacted by the EACOP project.

Therefore, as a concerned citizen of Uganda, I am writing to you, the financial institutions with deep concern about the potential negative impacts the above oil projects are going to impose on the environmental conservation efforts of these eco-sensitive areas and on the livelihoods of the communities.

Also, I am calling on all stakeholders ranging from cultural, religious, political, and technical leaders to come out and advise our government, oil companies, and financial institutions to stop and avoid any oil activities taking place in eco-sensitive areas for the better of our present environment and future generations.

I present to you the most likely threats to our Water Resources and Biodiversity if the government and oil companies go ahead and extract oil from the above eco-sensitive areas.

As well as severe impacts on local communities and their rights, the ongoing oil projects threaten one of the world's most ecologically diverse, wildlife-rich regions.

It threatens Uganda's oldest and largest nature reserve, the Murchison Falls National Park, which would be opened up to large-scale oil extraction at a time when the world is acting to urgently reduce its reliance on fossil fuels.

Over 425-square-mile drilling zone and 2,000 square kilometers of protected wildlife habitats will be negatively impacted by Tilenga, Kingfisher, and EACOP oil projects respectively.

Tilenga and Kingfisher will greatly threaten the conservation efforts of the Albertine Rift which supports some of the greatest biodiversity on the planet.

This colossal network of mountains, valleys, wetlands, and savannah comprises just over one percent of the African continent's landmass, yet claims more than half of its birds, 40 percent of its mammals, and some 500 species of plant and animal found nowhere else.

Also, the projects extend to the northern sector of this geologic wonder, a craggy escarpment rolls down to a grassy plain, flanked by Lake Albert on the border between Uganda and the Democratic Republic of the Congo, and Murchison Falls National Park, one of Africa's natural treasures.

More so, the EACOP pipeline will also impact the Taala and Bugoma Forest Reserves, the latter home to large groups of Eastern Chimpanzees.

Some 500 square kilometres of wildlife corridors for the Eastern Chimpanzee and African elephants are likely to be severely degraded.

The project will also directly impact several Ramsar Wetlands including the Murchison Falls-Albert Delta Wetland System and a number of Ramsar sites lying just west of Lake Victoria, including the Lake Nabugabo System, the Nabajjuzi System, and the Sango Bay-Musambwa Island.

About one-third of the EACOP will be built in the Lake Victoria basin, a source of water and livelihood for up to 40 million people.

To put major national parks, wetlands, rivers, and lakes, not to mention the livelihoods of millions at risk, is as dangerous as it is unacceptable.

More in this category: « National Forestry Authority Should Respect Forest Reserves Oil & Gas Drilling, A Dirty Business For The Environment And Local Communities »