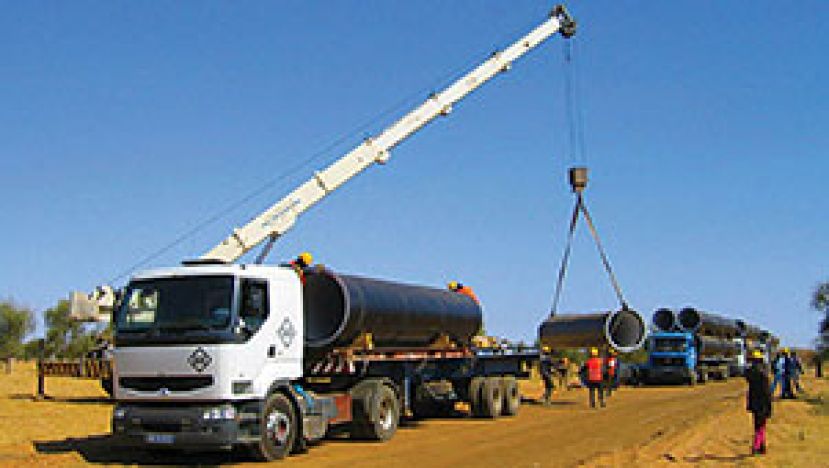 The EACOP, also known as Uganda -Tanzania Crude Oil Pipeline, is under construction to transport crude oil from Uganda to the port of Tanga, Tanzania, on the Indian Ocean.

The 1443km pipeline will start from Kabaale Parish in Hoima district in western Uganda to Chongoleani, Tanga in Tanzania.

This pipeline is passing through 10 districts in Uganda that include Sembabule, Rakai, Kyankwazi, Lwengo, Mubende, Kakumiro, Kikuube,, Gomba, Kyotera and Hoima.

The laying of the pipeline will involve the destruction of the environment through the clearing of forests, swamps, and the physical displacement of communities from their ancestral land. This will lead to loss of income and distortion of livelihood of affected families.

The pipeline has/will pollute the water sources which are used by communities and promote unacceptable human rights violations,s especially to women and children.

The pipeline passes through significant habitats for wildlife including elephants, chimpanzees, and many other species leading to the extinction of such biodiversity.

The government has also failed to care for the elderly who are being chased out of the land demarcated for pipeline passage. Failure to monitor the impact of the pipeline on the communities has also left many suffering and being chased away from their land.

The government of Uganda through the National Environmental Management Authority should take climate change concern as a priority and put more emphasis on environmental conservation.

If the process continues, the country’s biodiversity will be destroyed, animals will die, trees cut, and water sources polluted; sooner or later the country will have to recognize the earth has a right to live without pollution.

Mankind must know that human beings cannot live without mother earth but planet Earth can live without humans.