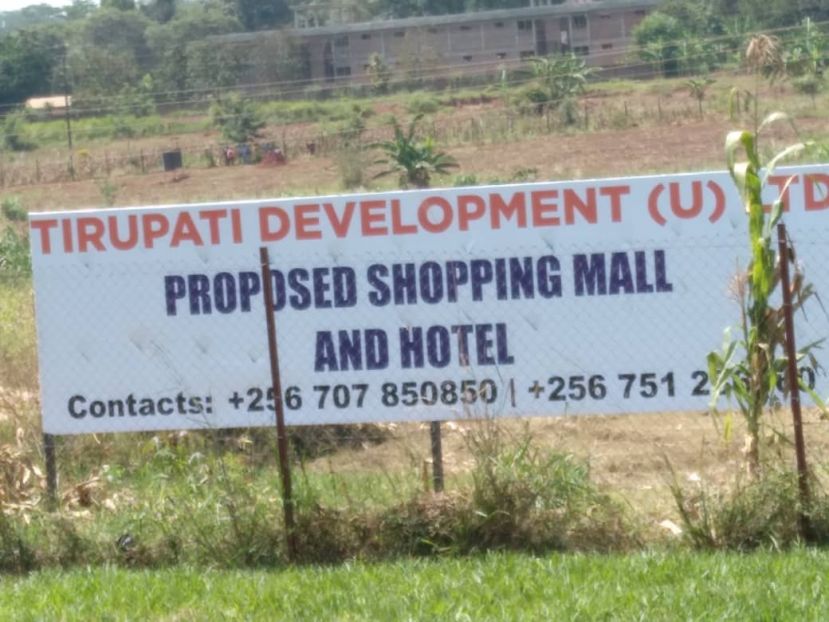 In an unexpected turn of events, the deputy registrar of Jinja High Court Fred Waninda on 27th August issued a court order canceling the ruling of a senior judge passed earlier last month further raising questions of integrity, corruption, and intrigue among the judicial, political and district leaders of Jinja City who on several occasions are being accused of fueling land wrangles.

Waninda basing on an application filed by businessman Thummer Jay Mangalal Patel, restrained Tirupati Development Ltd from taking over the contested land as directed by Justice Jeanne Rwakakooko (in the main suit – Tirupate vs Jay Patel) until September 10 when the matter will be up for hearing – what other people have called a trial by the deputy registrar.

Patel’s application now being steward by Waninda emanates from a ruling by Justice Jeanne Rwakakooko. On August 16, Justice Rwakakooko, directed the cancellation of the land title issued to businessman Thummar Jay Maganlal Patel in regard to land comprised at Plot 24 Kyabazinga Way, in Jinja City. The contested land by had been subleased to Tirupati by Jinja Municipal Council for 18 years in 2006 who had leased it from Jinja district land board in 2001 for 25 years.

But in 2008 Jinja district land board took back the land away from Jinja Municipal (and the sublease Tirupati) and gave it to Thummar Jay Maganlal Patel in a manner that Justice Rwakakooko described as fraudulent. After court proceeding, Rwakakooko in her ruling determined that Patel fraudulently acquired the disputed land and ordered that Tirupati be given their sublease and Jinja Municipal Council be reinstated as the owners of the main lease.

Rwakakooko also determined that the land board's re-entry that gave Patel ownership of the suit land was not proper and that the said meeting minutes offering the freehold to Patel was inserted fraudulently. She said that Patel failed to explain to satisfaction of the court how he came to be offered this land. The judge ruled that the suit land belongs to Tirupati as a sub-lease and that Patel's freehold title was fraudulently and illegally obtained.

With this clear ruling, it has puzzled many in Jinja how Waninda came to cancel the ruling even without Patel going to an appellant court. To many, this was one way of Patel using his clout in Jinja to have his way. Unfazed, Tirupati wrote to the Principal Judge, Dr Flavian Zeija opposing that Waninda’s orders were issued irregularly and in abuse of the court process.

“We write and make reference to the attached court order of the deputy registrar of the High Court of Jinja, which we believe to be repugnant in law,”  Tirupati  states through its lawyers, according to a report by Daily Monitor. When the newspaper contacted him, Waninda refused to comment referring the report to case file in court.

The Tirupati v Patel case has been marred by corruption accusation during the court hearing.  The LC1 chairman of Nalufenya B Village, Nicholas Elwangu, appearing before court in Jinja testified that Patel dubiously acquired the land situated on plot 24 Kyabazinga Way and that it rightly belongs to Tirupati.

During court cross examination, former Jinja District Land Board Chairperson, Innocent Ndiko argued that the whole processes by which Jay Patel snatched Tirupati’s land were “littered with irregularities and illegalities”.

In 2019, the commission of inquiry into land matters heard that Jinja Land board superintended over the fraudulent acquisition of the land by Patel. URN reported that Aisha Kabira Kalikumutima, the Senior Land Registrar in Jinja district told the Commission that Jinja district land office was under intense pressure to process the freehold title (for Jay Patel) in complete disregard of the running lease.