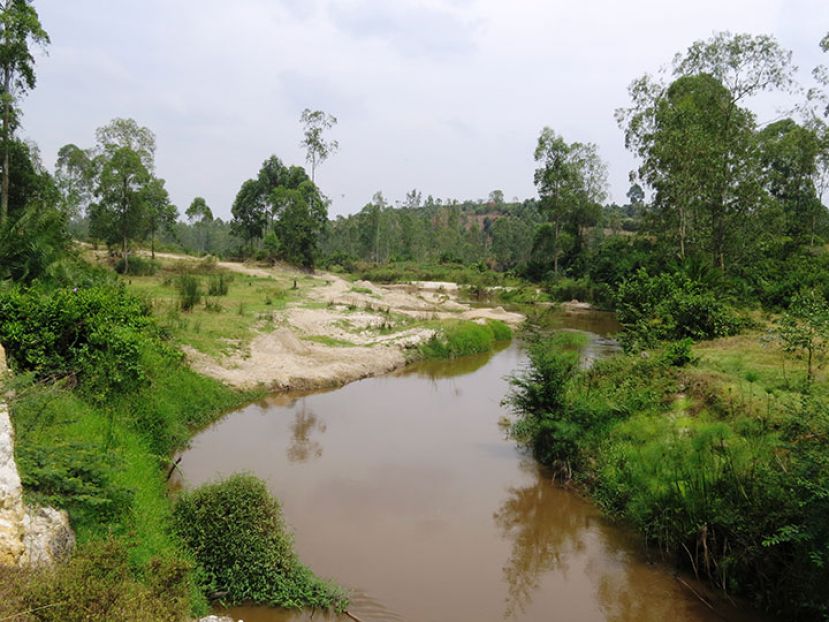 Surrounding communities, leaders at different levels should come out and stop the damages facing River Rwizi

River Rwizi is located in western Uganda, Ankole, and is considered the largest in the sub-region. It serves many districts including Mbarara, Rwampara, Bushenyi, and Shema among others with water for both animal and crop growing.

Swamps like Nyakafumura, Mushasha, and Kanyabukanja among others serve as water reservoirs or catchments that release water into the river; this keeps the river with the average water volumes to serve dependent communities.

However good the river is serving communities, it’s on the verge of drying up due to human activities done alongside the river banks.

The river is being degraded; swamps are being cleared due to human pressure to create farmlands. For example, Nyakafumura which is part of Mushasha Kyeirunga water catchment wetland has been cleared.

Kanyabukanja wetland in Karungu Sub County has also been converted into farmland. The whole papyrus vegetation has been cleared leaving the land bare and exposed to soil erosion agents.

The water volumes have been reduced due to moisture destruction by human activities. This threatens the surrounding communities with drought in the coming future.

Continuous destruction and improper disposal of garbage in the river puts the surrounding communities and the country at large under threat of water scarcity.

Due to garbage deposited in the river, many diseases like cholera may break out. A lot of environmental destructions have been taking place in Uganda and this puts our country on the verge of losing its green economy.

The recent destruction of the Bugoma forest and many swamps has caused the country to lose its beauty. This needs a serious intervention.

The National Environmental Management Authority should enforce laws and arrest people encroaching on the river banks.

Surrounding communities, leaders at different levels should come out and stop the damages facing River Rwizi to save the country from this environmental degradation threat.

Email: gThis email address is being protected from spambots. You need JavaScript enabled to view it.